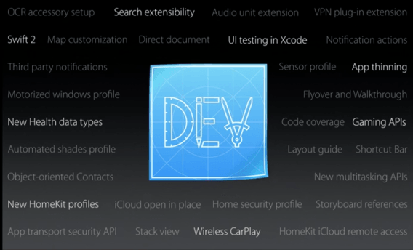 On this year’s WWDC 15 Apple presented a new way of user interface testing within Xcode 7. With the new version of Xcode Apple introduces user interface testing as a brand new feature of the existing XCText framework. The great thing about the new ui testing approach is that it is an extension to the existing APIs and concepts in XCTest. Developers who are familiar with XCode’s testing features will have no problems to adopt ui testing in their daily working life.

Apple introduced UI recording to Xcode where developers and testers are able to capture the current activities on the iOS simulator directly into the test method. Also interaction with the app will be recorded and added as test steps. The tool is using the accessibility labels in order to recognize the elements within the app. UI testing can be used with Swift and Objective-C, there is no need for JavaScript testing anymore. However, UI testing is only working with iOS9 devices.